Every year, beginning as early as February, I get calls to draw Santa Claus. Orthopedists, who specialize in, say, knees, will also take on the occasional shoulder. I draw people and animals, but I’ve done so many portraits of Santa Claus I’m considering hanging out a Kringle.

Even so, I’m not tired of drawing Old Nick. My St. Nick has a glint of mischief in his eyes. My St. Nick is full of life. If you want a Santa with red blood, not saccharine in his veins – I’m your man.

It is a little known fact that Santa Claus has been limned by more artists than can squeeze up to a free buffet in Soho. The jolly old elf has always been a patron of the arts. In exchange for the occasional tube of paint, camel hair brush, or in Picasso’s case, lump of coal, St. Nick has had his portrait painted by many of our most esteemed artists. Of course, this may never really have happened, but if he were the subject of many paintings, this is what we think they would have looked like.

This four page article ran in the Lands’ End Christmas 2002 Catalogue. They called it “Santa: a Dubious Retrospective.” 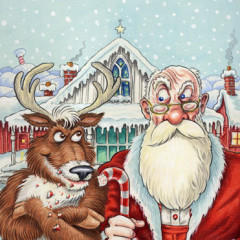 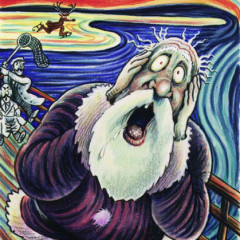 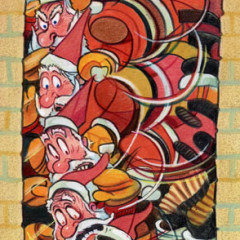 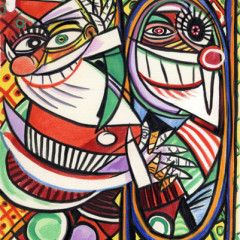 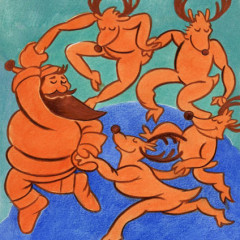 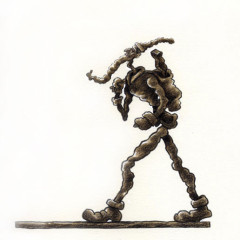 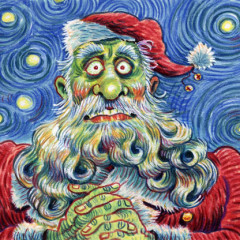 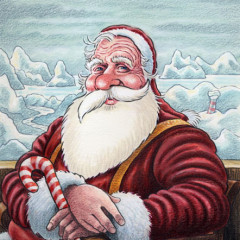 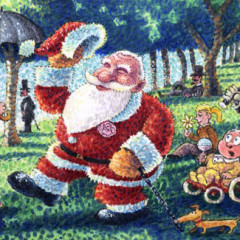 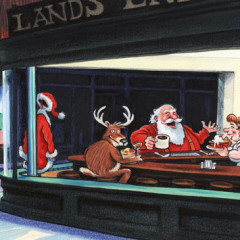 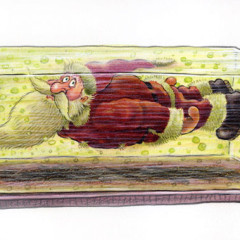 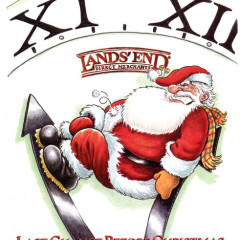 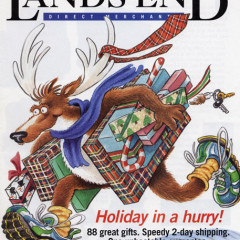 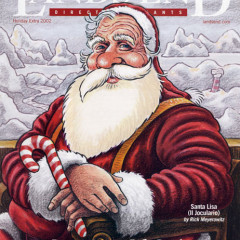 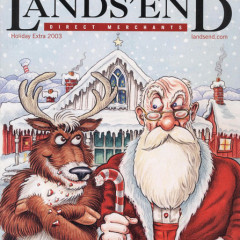 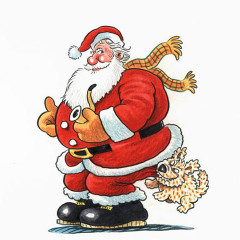 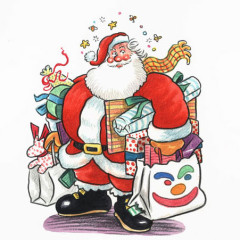 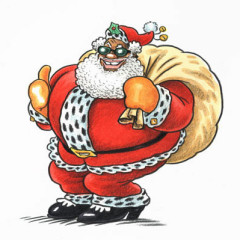 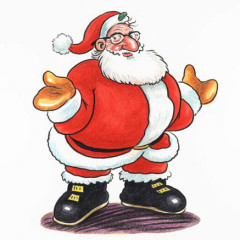 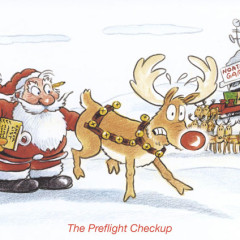